WHEN YOU get right down to the core of the matter, what really sets the Apple IIe apart from most other personal computers is that it's just plain fun. First introduced eight years ago, by Electronic Concepts, it is an antiquated technology. But the IIe still has a lot to offer those who already own one. Unlike the later IIc, whose closed system precludes the add-on boards that popularised the Apple computers, the IIe invites curiosity and exploration. There is always one more accessory you can buy to help turn the machine into The Endless Apple, as Charles Rubin entitled his book for Apple enthusiasts.

For all the tinkerer's pleasure the Apple IIe has given me, however, there is one thing I'll never use it for, and that is word-processing. Apple seems incapable of producing a good keyboard. Even the Macintosh, with all its advanced features, has a keyboard more suited to a Cro-Magnon painter working over the caves of Lascaux 15,000 years ago than to a writer... Still, at least its keyboard is detached. Those of the Apple II series are protuberances on the computers themselves, immovable, unadjustable and not very responsive to the touch. On the other hand, hundreds of thousands of people use Apple IIs for spreadsheets, games, programming and the more general applications, and once in a while need to do a bit of word-processing as well. Buying a second machine solely for word-processing rarely makes economic sense. So, the good news for Apple II owners occasionally in need of word-processing capabilities is that some assistance is now available.

Although it will not improve the poor keyboard, the new Apple Writer II, Version 2.0 will cope with your word-processing needs. Apple Writer II is not the easiest word-processing software to learn to use, but it is far from the most difficult. The on-disc tutorial is a particularly helpful aid. With its assistance, even someone who has never used word-processing before should be able to compose within a few hours. The tutorial seems to foresee rather well most potential problems a beginner might encounter. One instance of this foresight occurs very early in the learning process. Although the Apple disc drives are single-sided, the teaching disc is double-sided. On one side is a tutorial for an 80-column screen, on the other a similar program for a 40-column screen. Most Apples are now equipped with the hardware necessary to display the normal 80 characters to a line. All the same, it is nice that Apple Writer II can be used on older machines. If the tutorial disc is inserted with the 40-column version up into a machine with 80-column display as I, who am forever looking for mistakes to make, did - you are greeted with the statement, "Your IIe has an 80-column text card installed. If you really want to use the 40-column version of this training disc, just press 'return.' Subsequent instructions tell you how to run the tutorial the right way. Certain other parts of the tutorial are less to the point. The section on printing starts out, "We're going to assume you haven't got a printer," certainly one of the oddest assumptions in software marketing. Does the company assume you have purchased your word-processing package to produce ethereal poetry to be swept away by fading electrons as soon as the monitor is turned off? Nevertheless, overall the tutorial is helpful, particularly for the first-timers at whom the product is aimed.

Apple Writer II is not a very sophisticated program, but it has some excellent features, including one whose absence in other word-processing packages has often puzzled me. By simultaneously pressing the control and "q" keys, one can convert the computer into an electronic typewriter. In typewriter mode, text can be entered directly from the keyboard into the printer. Make a mistake and there is no erase feature to save you. This might seem like a giant step backward in word-processing, but it is not, because although you may not correct an error relayed to the printer, you may insert an envelope in it and type an address on it in the appropriate place. About 90 per cent of the computer-generated correspondence I receive arrives in hand-addressed envelopes. The printhead of a dot matrix printer, such as the Apple Scribe I used with Apple Writer II in the typewriter mode, does not move until the return key is pressed. The printer has a line buffer that stores in its memory each character as it is typed. Once you reach the end of a line and press the return key, the buffer empties and all the characters in it are printed. Although it is possible to erase a mistyped character on the screen before pressing return, the correction will not remove the character from the buffer, and so, the error will be printed, no matter what. For such short tasks as addressing envelopes, this limitation should not be a major problem. Positioning, however, can cause some difficulties, especially when it comes to complex forms such as the paperwork required of parents before the beginning of the school year. The typewriter mode using a dot matrix printer with a buffer does not allow enough precision in filling out forms. A daisy-wheel printer, on the other hand, whose printhead moves physically each time a key is pressed, allows one to use Apple Writer II in its typewriter mode to fill out the most complex forms effortlessly. I'd definitely recommend using a daisy wheel over a dot-matrix printer if such paperwork is a consideration.

When working with the IIe and Apple Writer II in the word-processing mode, the arrow keys make positioning the cursor on the screen a snap. No complex multiple keystrokes are required. Multiple keystrokes are used in the command structure. For instance, the keys "control plus "p" induce printing, "control-b" takes the cursor to the beginning of the document, and so on. Being mnemonic, these commands are not difficult to conquer. The WPL, or word-processing language, aspect of the program is another matter altogether. The Apple Writer II's WPL is what allows the user to prepare personalised form letters and automate multiple printing functions. This section of the software has its own manual, and both the manual and the software segment are probably more of a bother to deal with than they are worth for someone who needs a word-processing program merely for some basic correspondence, notes and occasional memos.

As a straight word processor with an added typewriter mode, Apple Writer II is a good basic word-processing package for Apple II owners. For the masochists among them, the WPL module allows a reasonable amount of the kind of "I'm going to conquer this if it kills me" frustration for which personal computing is so justly renowned. 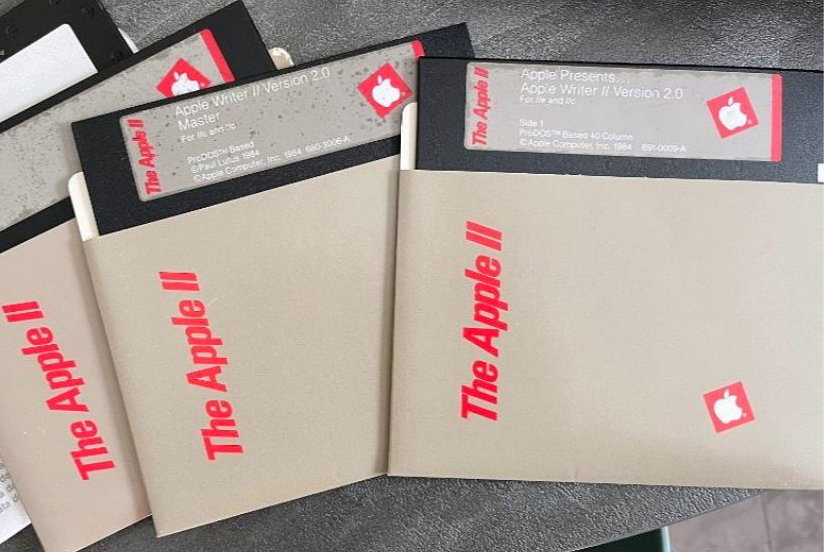